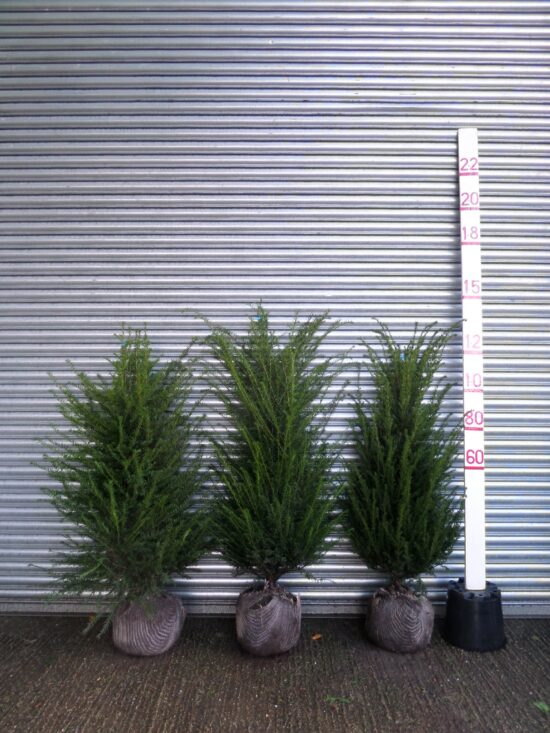 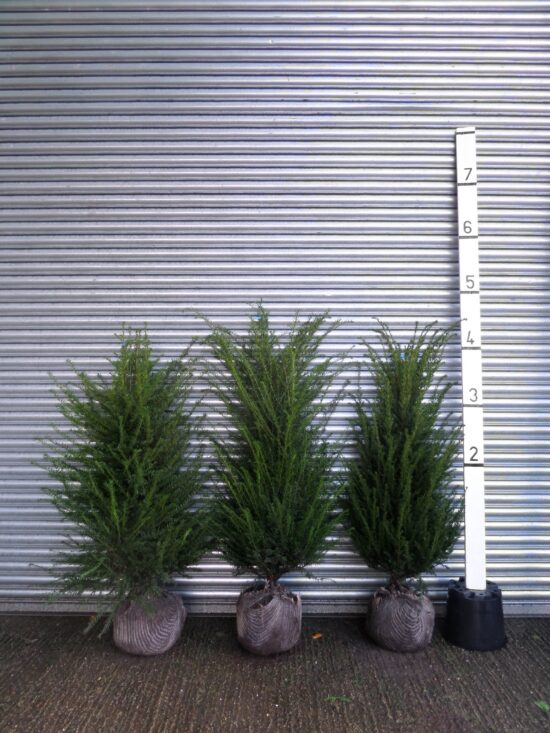 These Yew hedge plants are a solid way to establish a yew hedge at a good height to create a thick and bushy hedge.  These plants have been properly root balled in the field meaning that their roots are well contained in plenty of soil with hessian wrapped around them.  Being root balled rather than container grown, these plants represent good value for money but should only be planted in the colder months of the year and watered properly in their first year after planting.  These plants are all sold as 4-4.5ft (120-140cm) in height.

These Yew hedge plants are shown in the photograph as being 60cm apart which is the correct planting distance to give an immediate screen.

More information about planting Yew hedge plants can be found on the Yew Hedging category page. 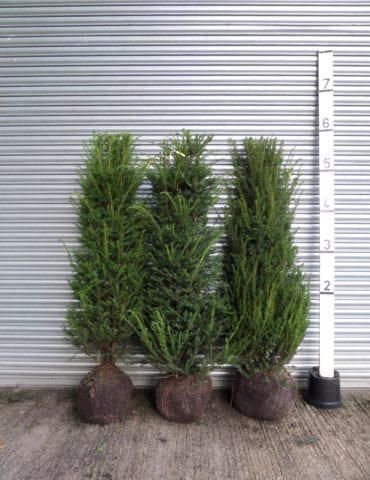 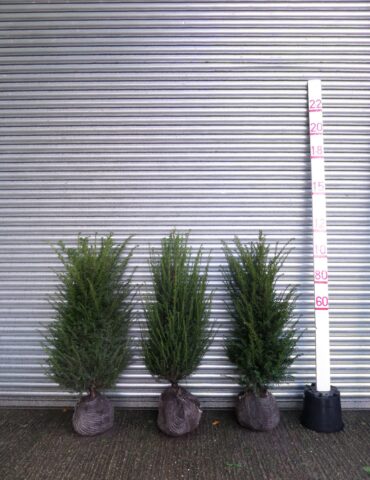 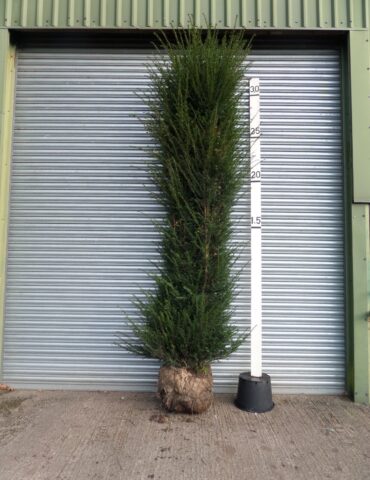 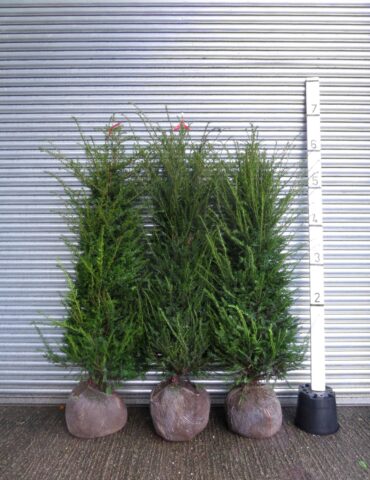