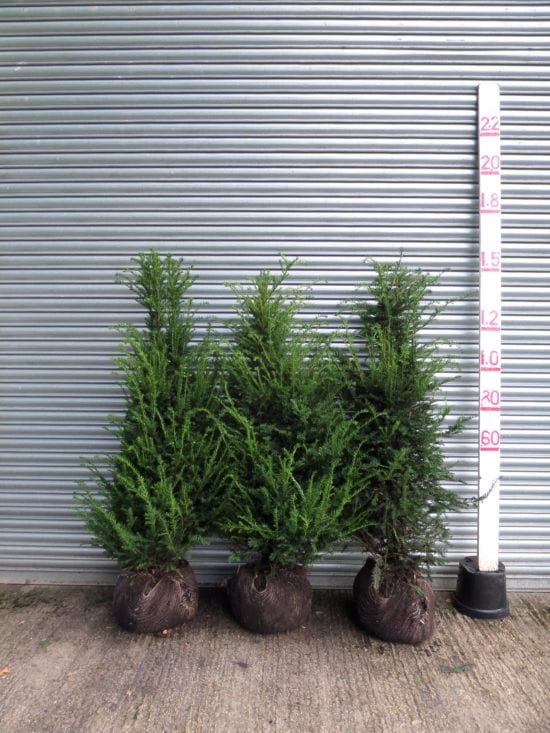 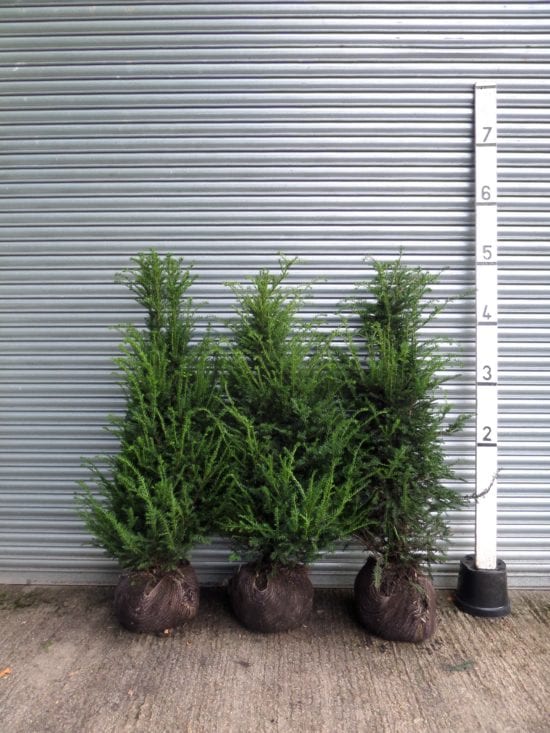 Availability In Stock SKU:: tbrb445A
Add to Wishlist
Remove from Wishlist
Buy 10 for £36.25 each (+vat)
Description

These bushy Yew hedge plants are an excellent solid way to establish a bushy yew hedge at a good height to give immediate effect.  These plants have been properly root balled in the field meaning that their roots are well contained in plenty of soil with hessian wrapped around them.  Being root balled rather than container grown, these plants represent good value for money but should only be planted in the colder months of the year and watered properly in their first year after planting.  These plants are all sold as 4-5ft (120-150cm) in height.

Taxus baccata is slow growing and one can expect 6-9 inches of growth a year if left untrimmed.  It forms a dense evergreen hedge with dark green foliage which looks extremely smart and is often used in many formal gardens and parks.  Yew has been used as a hedging plant for many centuries and can be considered to be the quintessential English hedge and can be grown as a small hedge to demarcate parts of a garden or to provide a neat edge to borders and flowers beds.  Alternatively, Yew can be grown into a taller hedge and will quite happily grow to several metres high or maintained as a 6ft hedge to give that all important eye level privacy.

Taxus baccata hedges will need to be trimmed annually in the spring or autumn.

These bushy Yew hedge plants are shown in the photograph as being 60cm apart which is the correct planting distance to give an immediate screen.

More information about planting these bushy Yew hedge plants can be found on the Yew Hedging category page. 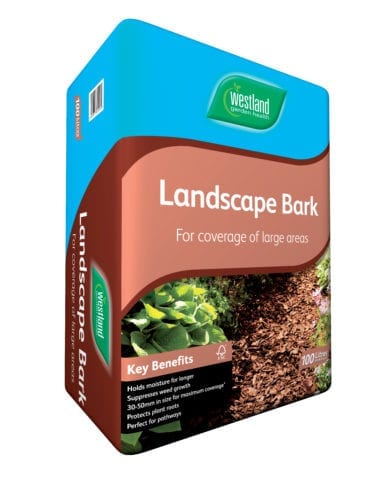 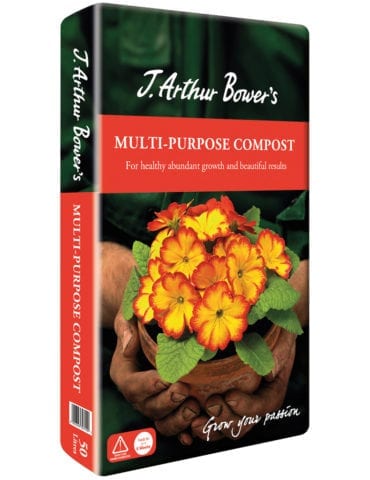 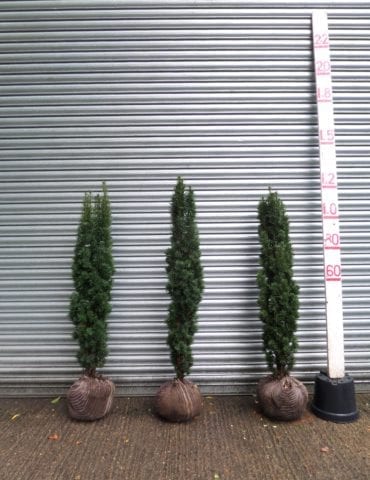 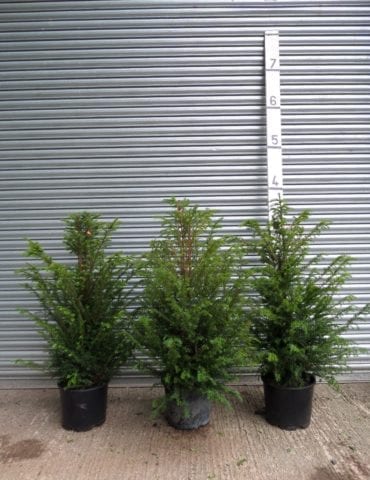 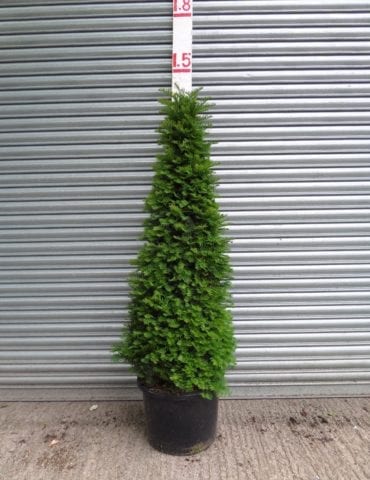