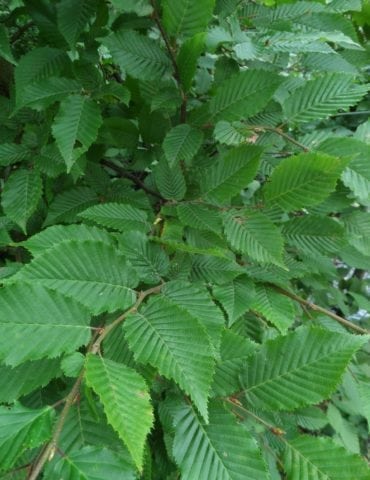 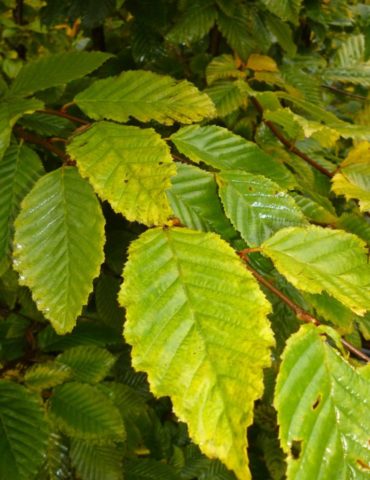 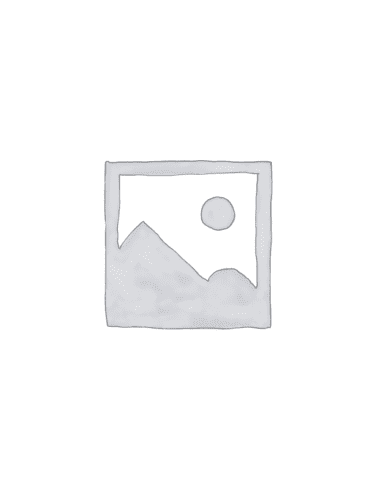 Why should I plant a hornbeam hedge?

Hornbeam is a native deciduous tree to the UK.  It is very similar to beech and is a traditional form of hedging found across the country and its rounded and serrated ribbed green leaves are synonymous with the arrival of spring.  Unlike some of its competitiors, hornbeam leaves will remain on the tree for most of the winter in their golden-copper state and look highly attractive and some people prefer this as a true evergreen alternative.  As well as being a haven for wildlife and nesting birds, hornbeam is suited to many soil types and is much more tolerant of wetter sites than beech.  Bare root hornbeam hedging plants are a more cost effective way to plant a hornbeam hedge especially if there is a substantial distance to plant.  As the plants are bare root (that is to say that they are dug straight from the ground without any soil around their roots) they can only be sold during the colder months of the year between autumn and spring.

How tall will hornbeam grow?

Hornbeam can be grown as fine trees and are found in many of the UK’s woodlands, many being very ancient and of a great height.  That being said, they respond extremely well to clipping and hedgemaking, making them one of the most popular choices for hedges in this country.  Hornbeam respond well to regular clipping and grow and thicken out slightly faster than beech.  Most hornbeam hedges tend to be around 6-7ft in height to give eye level privacy and can be grown taller if required.

How quickly will a hornbeam hedge grow?

Hornbeam hedging grows relatively quickly and one can expect 1.5ft (45cm) per year after planting.  However, once the hedge has reached its desired height it should be trimmed at that height accordingly to maintain its size and density.  This will slow down the upward growth of your hedge to a much more manageable level meaning it can easily be trimmed once a year.

When should I clip or trim a hornbeam hedge?

A hornbeam hedge will need to be clipped annually in the Spring or Autumn as you would with any other hedge.  If trimming in the spring, be careful to avoid the bird nesting season.

How far apart should I plant a hornbeam hedge?

Hornbeam should be planted 1.5ft (45cm) apart in a single row or alternatively 2ft (60cm) apart in a double row and careful preparation of the planting site is important.  See section below on how to look after your hornbeam hedge after planting.

How do I look after my hornbeam hedge after planting?

Although hornbeam plants will put up with most soil types (apart from particularly dry ground), we recommended that the planting soil is mixed with compost to give the plants the best environment to grow in for their first year.  If you are planting bare-root hornbeam hedging plants, we also recommend using Rootgrow which helps the plants produce a secondary root system after planting to give the best chance of successful establishment.  After planting, your hornbeam hedge should be watered regularly during its first year to give it the best chance of survival and this is especially important if your hedge is being planted in the drier summer months.

How do I water my hornbeam hedge?

Watering a hornbeam hedge is especially important if you are planting during the summer or a dry period.  For watering, we recommend using leaky hose (sometimes described as porous pipe) which can be connected to your existing hose pipe and will slowly leak water onto the roots of your hedge in a controlled manner to ensure that it soaks in and your hedge becomes properly watered.  Leaky hose is cheap, easy to install and very effective.  See our Accessories page for more details on leaky hose.

Hornbeam will thrive in most soil types (including heavy clay) but do not like being in especially dry ground, for which beech is better suited.

For more information on our availability of bare root hornbeam hedging or if you have any questions or queries about existing hornbeam hedges or need advice about planting a new hornbeam hedge, please call us on 01252 714552 or email [email protected]